The Awesome guide to a Bill of Lading (BOL)

A Bill of Lading (BOL) is essentially a contract of transport including the terms and conditions of carriage between the Shipper, Consignee, and Carrier. A Bill of Lading is a document that a Carrier (someone who carries and delivers goods) issues to a Shipper (someone who supplies and/or owns the goods, also known as a Consignor), ensuring that the items were received in good order and are prepared for shipment. The transporter will then deliver the items to a Consignee (meaning the person who bought the goods in the first place). A Bill of Lading (BOL) is essentially a contract of transport including the terms and conditions of carriage between the Shipper, Consignee, and Carrier.

What Purposes Do Bill of Lading Serve?

It serves, as a receipt for goods. A Bill of Lading is necessary for the execution of shipments. For products to move from Point A to Point B, BOLs must be granted. They are legally binding documents that frequently serve as evidence of possession of the items being transported.

A bill of lading also serves as the goods’ title

The Bill of Lading serves as a title to the goods once they have reached their destination. The consignee listed will need to present the Bill of Lading in order to secure the release of the shipment by the carrier and claim ownership. In this sense, it is evidence of the confirmation of delivery.

Additionally, Bills of lading guarantee payment to the shipper

The shipper may occasionally be allowed to keep the original invoice until they get paid. The consignee will be prevented from accessing their goods as a result of this until payment has been made and the Bill of Lading has been released.

Who Uses Bills Of Lading?

Typically, bills of lading are provided by all businesses that supply transportation. Owner-drivers, freight forwarders, steamship lines, third-party logistics firms, and others might be among them. They include businesses that carry commodities by any means, including air, sea, rail, and road.

They can be used for both domestic and international deliveries.

What does the bill of lading contain?

Who Issues A Bill Of Lading?

Who Receives A Bill Of Lading?

Bills of lading provided to:

Process of the Bill of Lading in Examples

If the goods are being imported through a freight forwarder on EXW terms, this is the journey of a Bill of Lading as follow ;

If the goods are being exported, this bill of lading journey is as follows:

Bills of Lading come in a wide variety of forms. They are different in a variety of ways, including the person who issues the BOL, the purpose, form of transmission, how the buyer and seller are related, and the protection it provides.

Whereas, you need to be aware of the differences between Negotiable and Non-negotiable bills of lading.

Difference between Negotiable and Non-Negotiable BOL

Originals Bills of Lading (negotiable) must endorsed by the consignee (buyer) when being transferred to a third party such as a freight forwarder and much like a cheque made out to a specific party.

Failure to follow this procedure would subject the carrier to liability for the value of the cargo in case the shipper/consignee contract not executed.

Samples of Bill of Lading Forms

This (BOL) issued by the Shipping Lines, who are acting as the Carrier in this case for containers transiting by sea. It is typically used when the shipper wants to regulate how a consignee (buyer) will pay for the items. To guarantee that payment has been paid before the goods transferred to the consignee; the original bill of lading will be used.

Once payment receipted, the document can be actioned in several ways, dependent on what the carrier makes available.

Original Bill of Lading is couriered to the consignee to present to the reciprocating carrier at the destination to obtain release.

As opposed to an ocean bill of lading, which requires the shipper to control the release of cargo, this document is Non-negotiable.

Airline bills of lading known as Master Air Way Bills (MAWBs) which issued by the airline or freight forwarders. They are Non-Negotiable documents except where the cargo consigned ‘To Order’. This often indicates that the shipment arranged through a bank, in which case a release from the relevant bank must provide before the carrier may release the goods.

Whenever you start a shipping operation, you have to engage an experienced forwarder to guarantee that all documents and the flow of BOLs handled properly.

If you want to have consultation and logistic services safely and ensure successful Business, Yallansadar

Provides all needed services on highest level, and facilitate cooperation between Importers and exporters worldwide 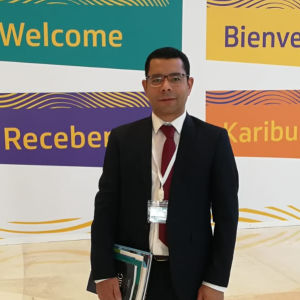